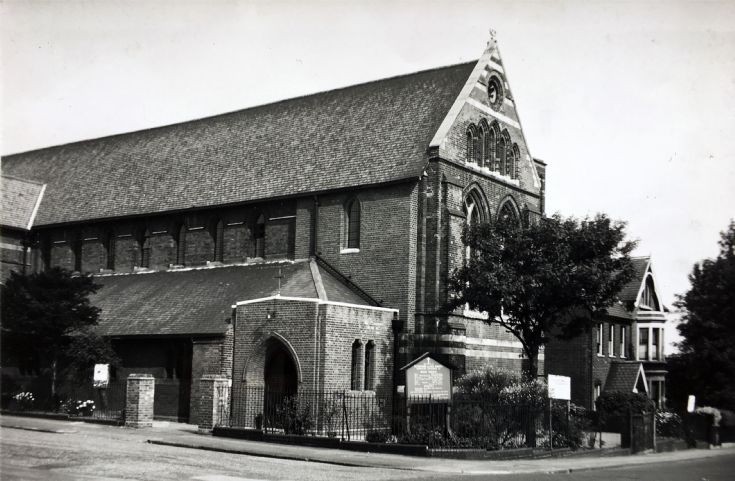 I noticed that this site holds a picture of this church, apparently from around 1950 (see image number 7665). I lived at the vicarage next door from late 1961 until January 1970 (my father was the Rev Norman Mable). This image shows the church with the bell tower having been lowered and the spire removed, which I know to have been done before my father's time there. The iron railings replace the hedge in the other photo (were they perhaps removed during the war in the 1940s?). Also the porch was added, and the brickwork above it modified, with the entrance to Brunswick Grove being widened. That entrance also allowed access to the garage for the vicarage which was hidden between the two buildings.
Picture added on 24 September 2017 at 19:38
Comments:
I remember this church which was was demolished in the mid 1970s, presumably due to parish mergers
Added by DINO LYTRAS on 26 September 2017
This church was an important part of my childhood. Though not from a church-going family I used to go for church parade when I was in the cubs, plus we used to go to the hall attached for socials, beetle drives and later for a youth club. I remember Rev Mable.
Added by Robert Harding on 31 October 2018