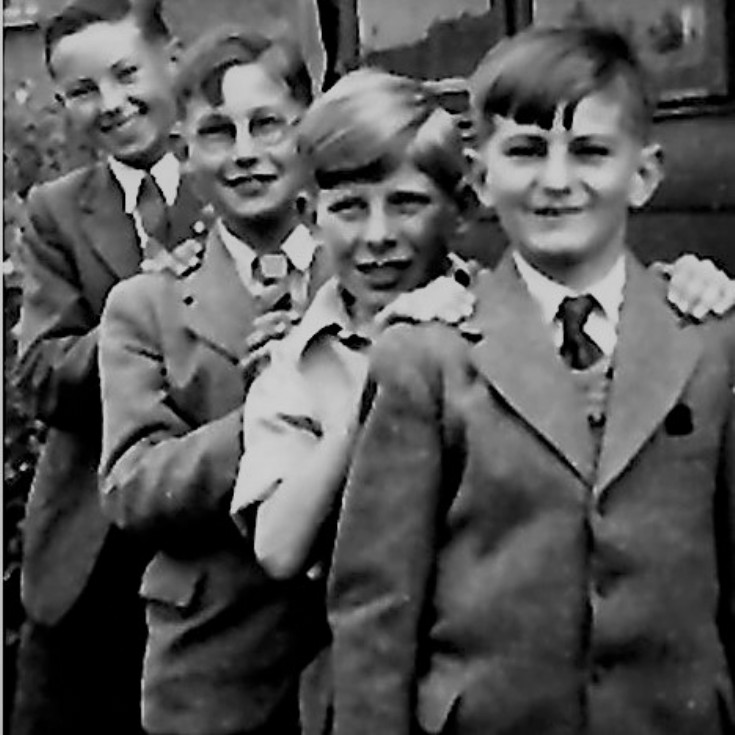 Taken in 1950 in the garden of Peter Hunt's (the boy at the rear) home at his birthday party held that year. In front of Peter Hunt is David Philpott, who went to Woodhouse Grammar School but was not a member of the 199th North London Scouts. In front of David are the two patrol leader shown on the right of the 199th Scouts photo from this site: Peter Moore and myself, Peter Cooley at the Front.
Picture added on 26 June 2017 at 21:59
This picture is in the following groups
199th North London Scout Group
Comments:
Along with some others I'm trying to record the history of Scouting in our old District – Finchley, Friern Barnet and Golders Green. Originally just Finchley, in 1964 a number of North London Groups joined forces and the District became Finchley and Friern Barnet. Then, in 1971 Groups from Golders Green joined. From 2008, that District became part of a much bigger area covering the whole of the Borough of Barnet.

I wonder if anyone may be able to help us in some way. I’m looking for material that relates to the six Friern Barnet Groups to supplement information and photos that we already have.

Of course, if you know about the Finchley and Golders Green groups we'd love to hear about them as well.

You can see some of the work that we've done so far at www.barnetscouts.com/a-history-of-scouting-in-barnet/finchley-friern-barnet-golders-green-district-history
Added by Andrew Rush on 12 May 2022