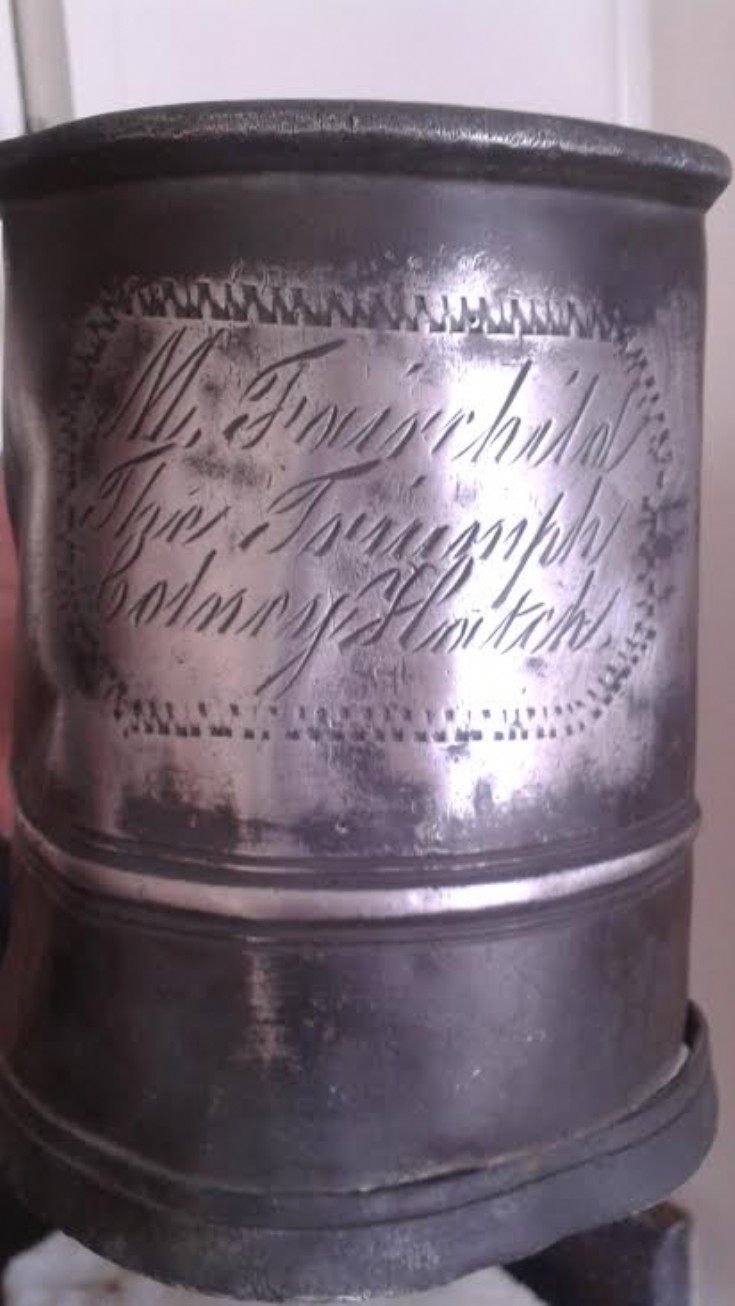 An old pewter tankard my grandad (Jack Fairchild) found in a garden down the Alley (Summers Lane). It was flattened out and completely covered in mud, naturally he threw it on the scrap heap and thought nothing of it. Later, when grandad and my dad (John), who was about 13 at the time, were sorting out the metal, John came across the dirty piece of pewter. After cleaning and bending it back into shape... Amazingly, Mary Fairchild's tankard had found its way home...
Picture added on 22 July 2015 at 16:46