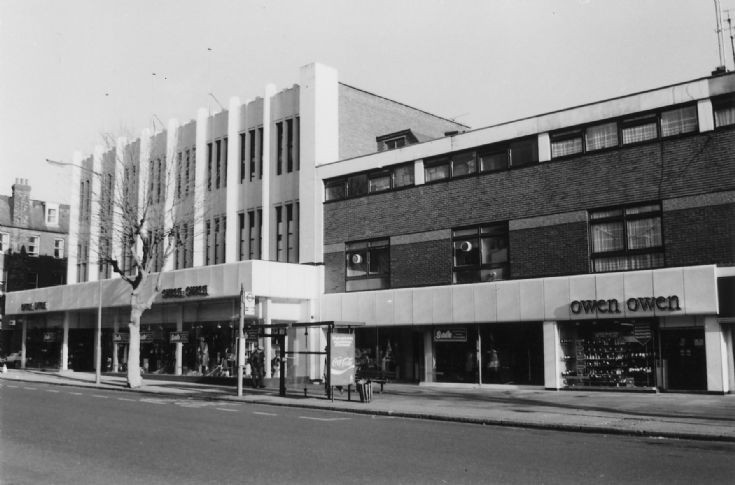 Numbers 704-708. This was the site of the former Grand Hall cinema which closed in 1939. It was originally Priors department store and was taken over by Own Owen, a family run busienss. The store closed in 1993 and is now a branch of Argos (Photo by Doug Rose)
Picture added on 19 November 2009 at 14:31
Comments:
When I was a kid in Finchley, I always thought Priors was a very posh store. The cinema was fenced off for years and years. Did it get hit during the war or just closed down ??
Added by Lydia Collyer (Brooks) on 04 March 2020