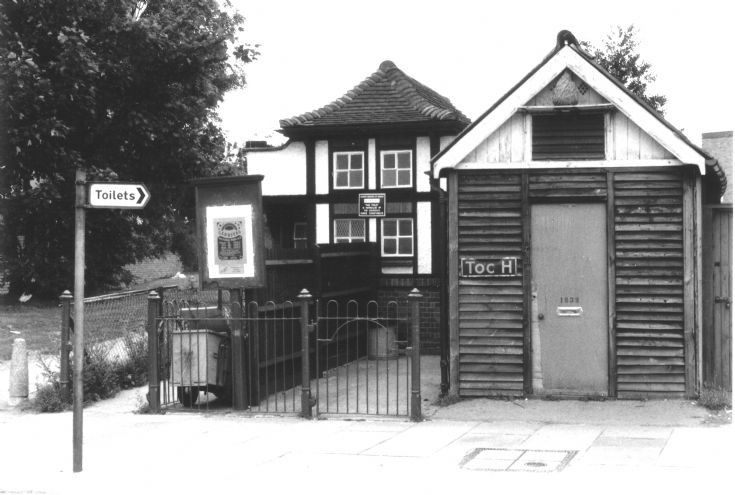 Number 1232. This was built by the Barnet Water Company in 1890 and was used as a hose station. It was later used by the Whetstone Fire Brigade and was closed by 1933. It remained empty until after the War when it was taken over by the charity Toc H. The building to the left are the public toilets. Both buildings were demolished in July 2009 (Photo by John Doinovan)
Picture added on 14 November 2009 at 19:43