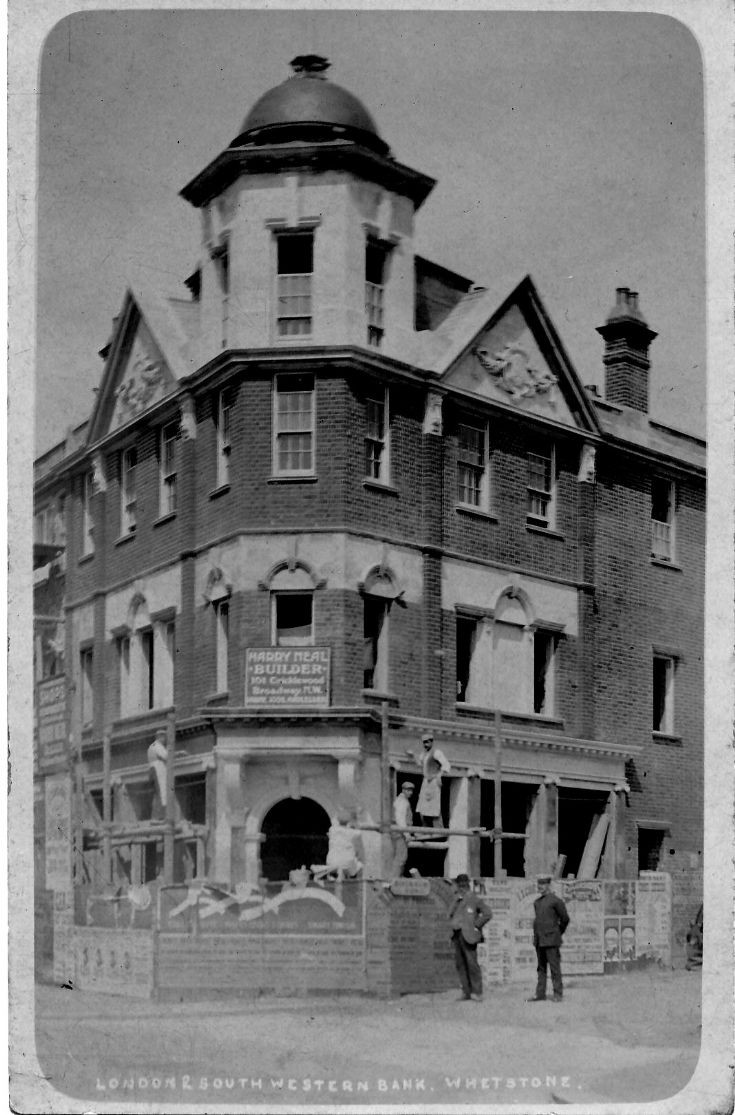 Number 1290. The London & South Western Bank is being constructed by Percy Neal, Builder, of Cricklewood Lane. There is no date on this postcard but it was probably somewhere around 1910. It was a Barclay's Bank until 1987 after which the site has been occupied by a series of restaurants
Picture added on 13 November 2009 at 13:51