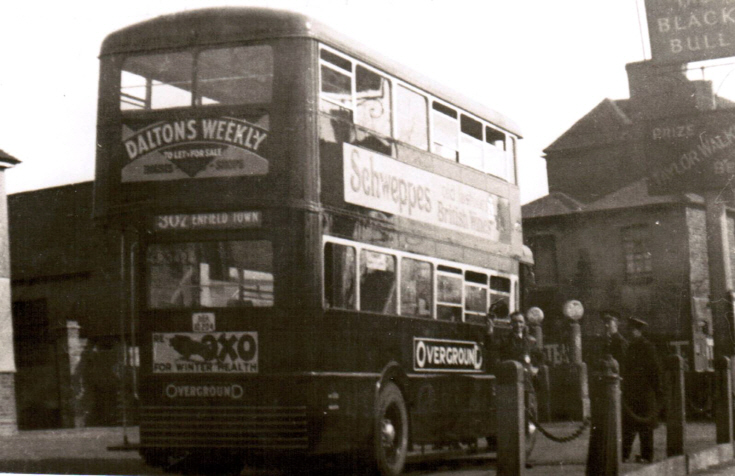 An Overground bus waits at the terminus at The Black Bull at Whetstone before proceeding to Enfield Town on route 307. This route had been introduced on 13 March 1933 and was renumbered 107 on 3 October 1934, by which time it was being operated by London Transport
Picture added on 03 September 2013 at 16:12