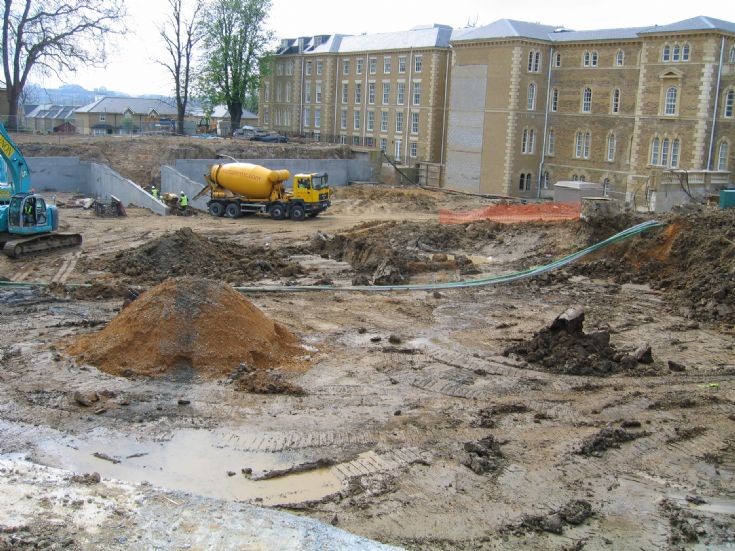 In 2004 work starts on rebuilding the eastern section of what was Friern Barnet Mental Hospital after being demolished by the developer Comer Homes. Eventually the rebuilt section joined the rest of the new development of luxury flats now called Princess Park Manor. Photo taken from Regal Drive by Peter Storey
Picture added on 26 August 2013 at 22:23