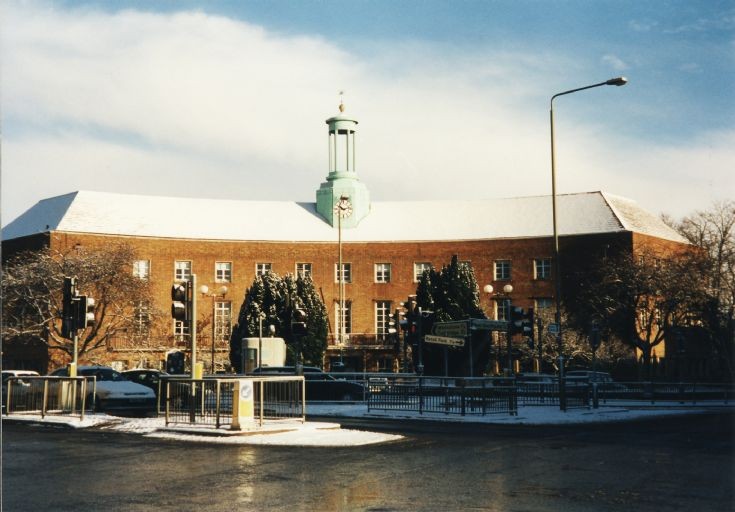 To replace the former Friern Barnet Urban District Council headquarters, The Priory, a new town hall was commissioned. Work began in 1938, and despite the outbreak of the War, was completed in 1941 at a cost of £50,000. The building was given Gradei II listing in 2002 and was sold by Barnet Council to Barratts who converted it into apartments. In this view from 29 December 2000, the snow on the roof emphasises the fine lines of the building
Picture added on 12 November 2009 at 14:54
Comments:
Good old Town Hall where Mr Lees worked, and my mother for Barnet Council
Added by Lisa Bussey on 29 September 2014