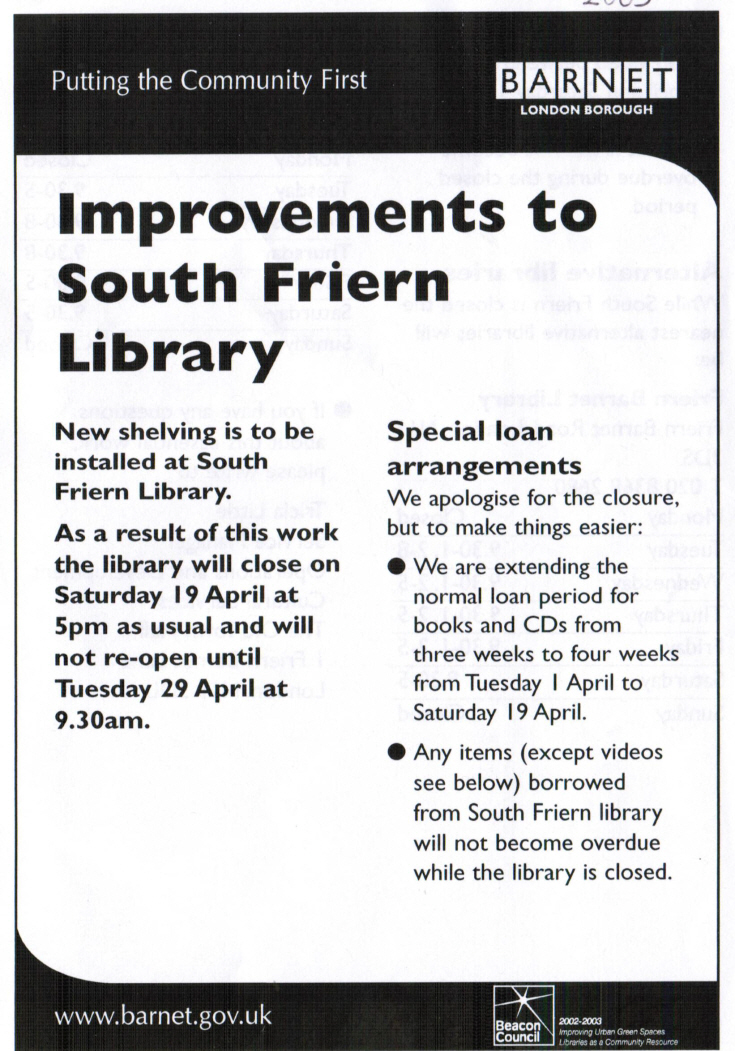 After installing new shelving in 2003, in 2004 Barnet Council announced that the library was to close. However, following a concerted campaign by local residents the decision was taken to ensure that a new library was to be included within the development of new flats and houses on the site
Picture added on 11 March 2013 at 15:02