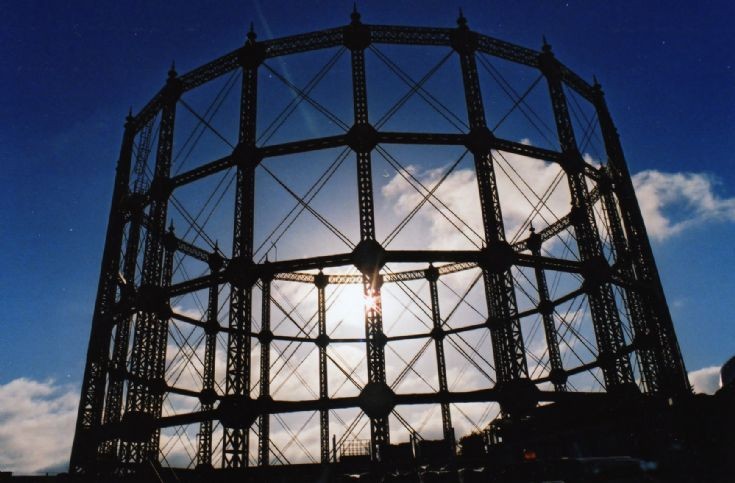 This was the largest of the three gas holders used by the gas works. It was built in 1912 and continued to be used for storage until 2001, even though the gas works closed in 1972, and the other two holders were demolished in the 1970s. This holder was decommissioned in 2001, but still dominates the skyline next to the North Circular Road (Colin Barratt Collection)
Picture added on 05 November 2009 at 16:42
Comments:
Wonderful photographs of the New Southgate Gas Works, bring back many wonderful memories. I remember taking buckets of "slack" home, never got caught, we all did it !
Added by Yvonne Taylor on 10 September 2010
and then my Gran would wash my hair with green slimy soft soap to get rid of the smell of the coal dust, then added vinegar to the last rinse to restore the shine to my hair!!
Added by Yvonne Taylor (Long) on 13 September 2010