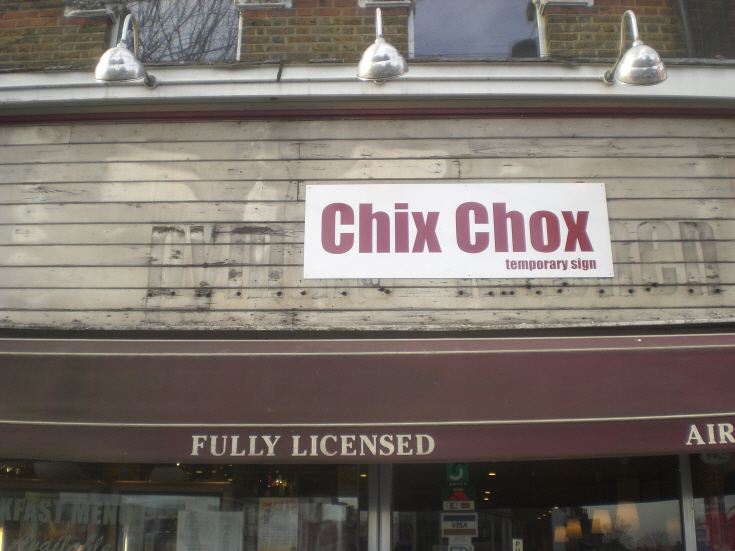 Number 793 photographed on 17 January 2012. The wind had blown down the fascia, to reveal that for Pymms Kitchen which had opened in 1975. Chix Chox is one of the oldest established businesses in North Finchley. See also photograph number 2991 which shows the new fascia
Picture added on 27 January 2012 at 15:54