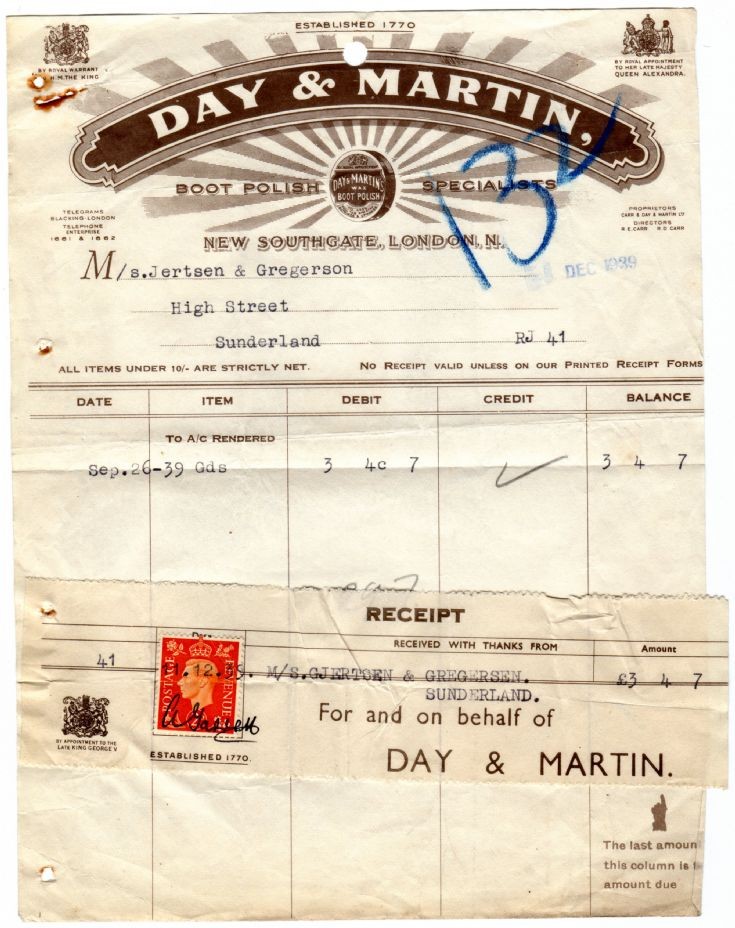 The order for these boot polish items was given just two weeks after the start of WW2, in September 1939. Maybe they were for the forces? This factory in Waterfall Road later became John Dales engineering company
Picture added on 21 March 2010 at 22:46