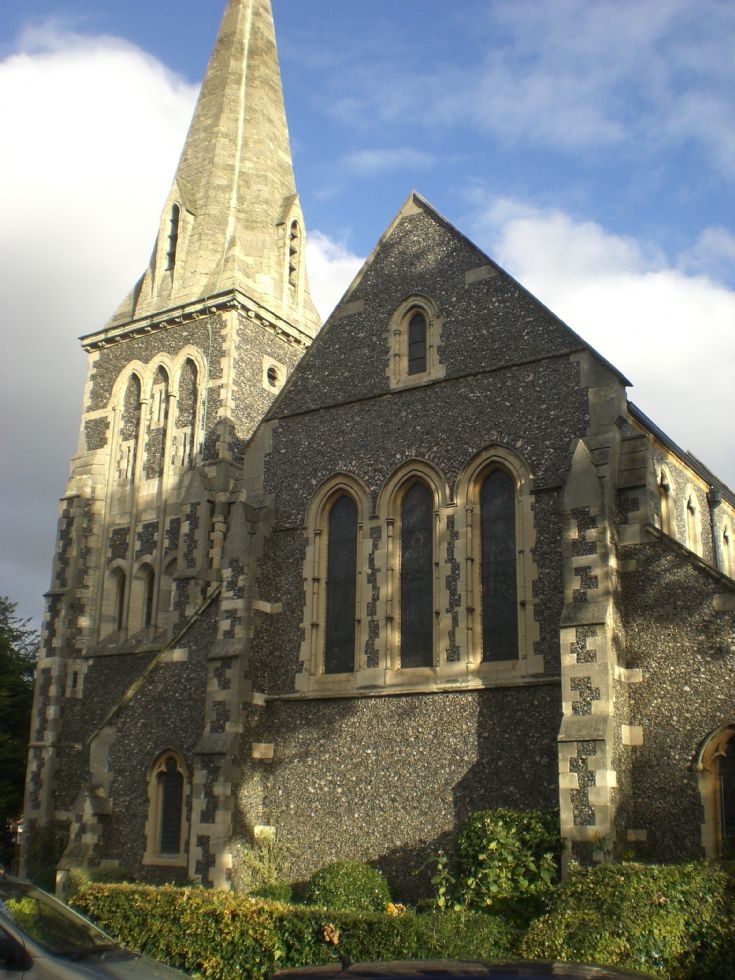 The church was built in 1881 with money provided by John Miles, a director of the New River Company and who lived in the Manor House in Friern Narnet Lane (now the home of North Middlesex Golf Club). John's son, Henry, was the first vicar until 1932. The photograph of the south side taken on 17 September 2009
Picture added on 29 December 2009 at 11:57