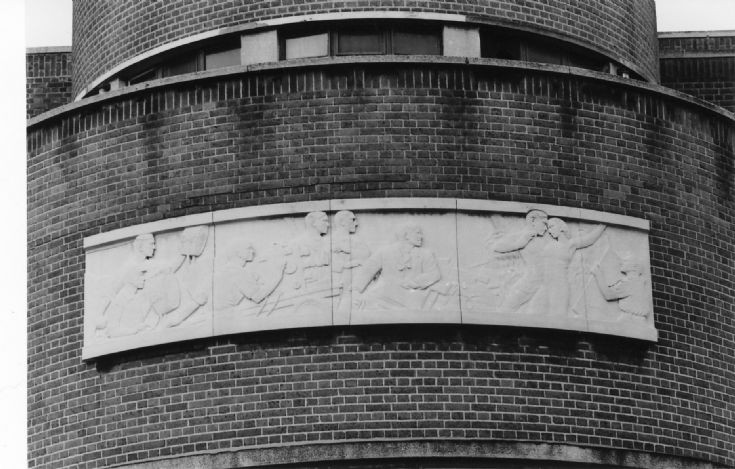 This bas-relief frieze depicted the various stages in the making of a film. It was removed from the building during demolition in 1990 and its whereabouts are unknown. Photo by Doug Rose
Picture added on 23 October 2009 at 14:51
Comments:
Many happy memories of going to the Gaumont Cinema. I lived in Castle Road until I was 12.
Added by Susan Findlay(nee Thompson) on 08 January 2012
I had my first date at this cinema! Ah, happy memories!
Added by Maxine Payne on 11 May 2012
Hello everyone-

I’m a researcher/archivist on a project about the Gaumont Finchley and keen to speak to people who would like to share their memories about the cinema. Is anyone based in London that would like to meet for an informal interview? We are organising this in Finchley at 2pm on Thur July 10th but there will also be later opportunities.

Pls get in touch if you’d like more info
Thank you!
Added by Olivia Bellas on 26 June 2014
Suggest you buy our booklet "Gaumont North Finchley: A Brief History" which gives the history of the cinema, including people's personal reminiscences
Added by David Berguer, Chairman FB&DLHS on 17 July 2014