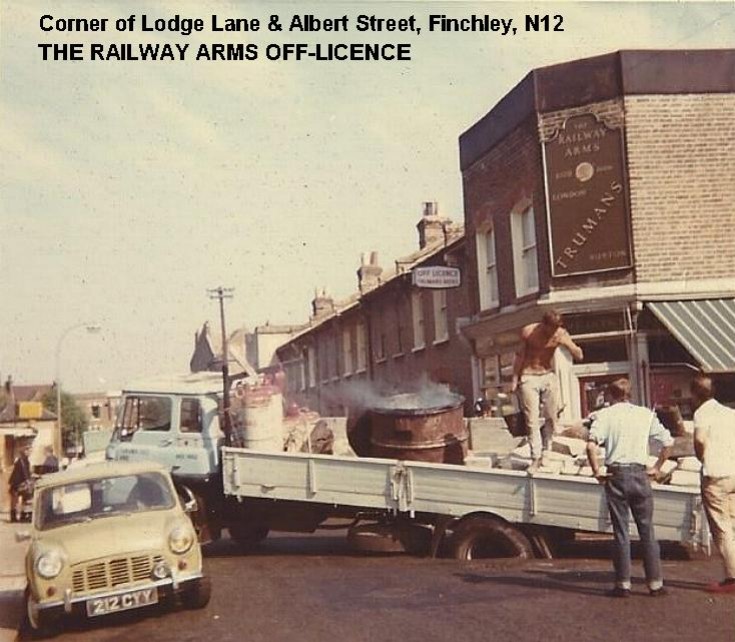 I think taken in the 1970s. The only photo I have showing the Railway Arms off-licence. It was run in the late 1940s by an old man, Mr Chad, with a long white beard. It was known as Chad's. Photo taken obviously to capture a small sink hole which suddenly appeared. Luckily it records the off-licence
Picture added on 21 August 2021 at 06:51