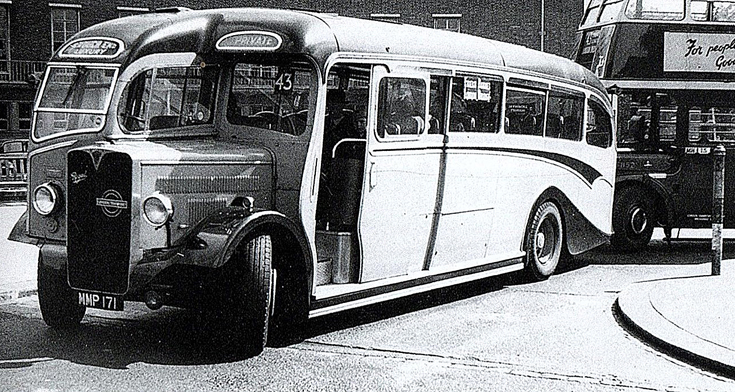 In 1949 London Transport was short of buses and borrowed vehicles from coach operators in order to provide a service on certain routes. Outside Friern Barnet Town Hall is a Duple bodied AEC Regal coach from Crouch End Luxury on route 43. RT 1152 is behind it. The black and white pole to the right has a plunger on the top which conductors would hit and which would change the traffic lights in the buses favour (photograph by D W K Jones). See also image number 11616
Picture added on 14 June 2020 at 15:19