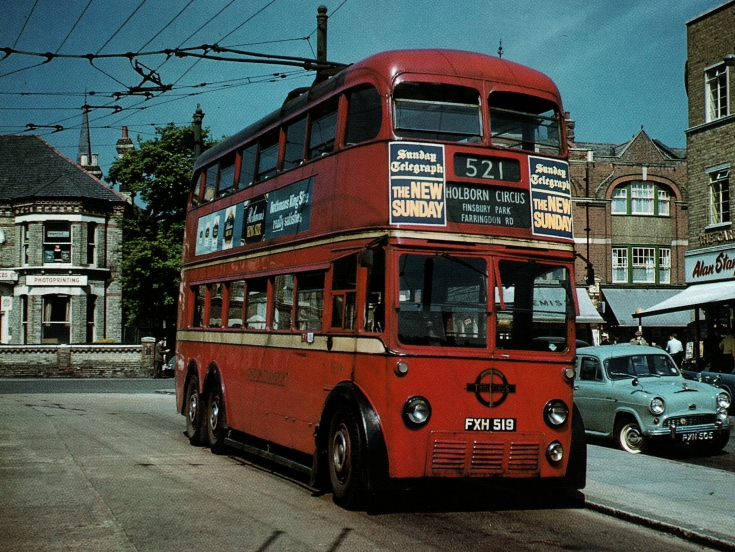 Trolleybus 1519 in the bus station at Tally Ho. Note the house on the corner of Nether Street on the left of the picture and the advertisement for the new Sunday Telegraph newspaper which was launched in February 1961. Photograph in the summer of 1961 by Don Thompson
Picture added on 05 February 2019 at 18:15
Comments:
The fish and chip shop next to the chemist just above the Austin on the right hand side of the photo.
Added by Lydia ( Brooks ) Collyer on 30 March 2019