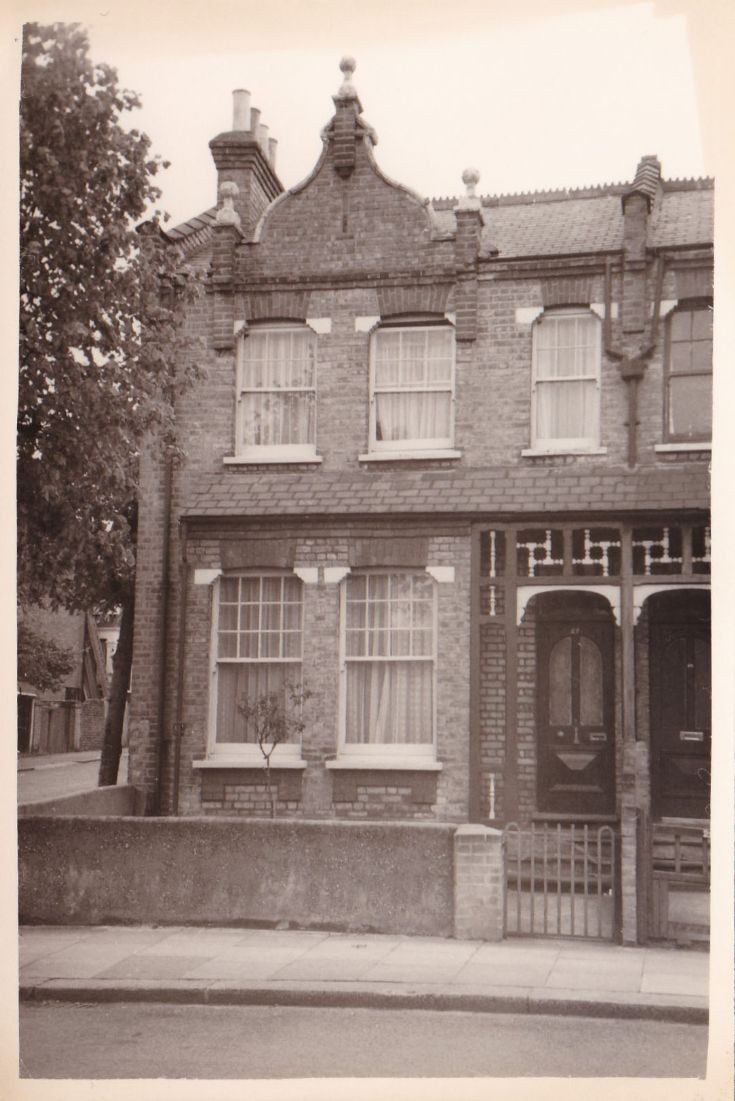 No. 27 Goldsmith Rd. Friern Barnet, (at corner with Ramsden Rd.) c1953. This was the Carter family home between c1939 and 1993. Les and Iris, with sons Clifford, Robert, daughters Shirley and Lesley. The house was converted to two self-contained flats about 1993, becoming 23 Ramsden and 27 Goldsmith. I remember next door neighbours being The Newby's in the early days and some time later the Ross family
Picture added on 23 February 2018 at 10:59
Comments:
We are at 31 and wanted to see if any of the houses had tiles on front like the big double front houses and pictures from earlier eras of railings etc.
Added by Nicola on 25 July 2020